Short decription
The urban water infrastructure guarantees not only the continuous supply of fresh water to the entire population, but also the environmentally friendly discharge of waste water and the safe drainage of rainwater

A modern concept for water infrastructure is moving away from traditional, centralised approaches (e.g. sewerage) towards decentralised, public solutions for treatment on site (e.g. Rain Gardens) and creates the possibility of multiple use and thus municipal added value. 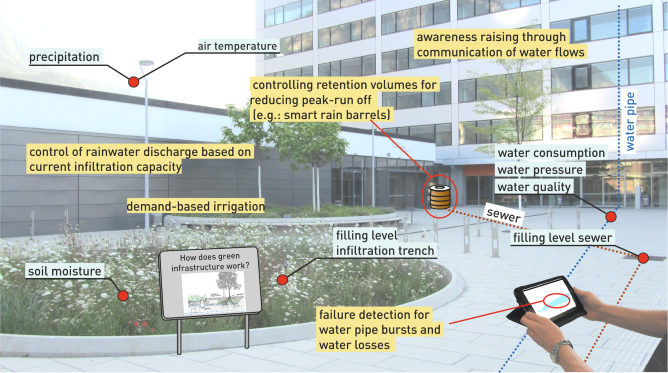 In the vision of a "Smart Water City", a successful interaction with the urban population as well as the targeted integration of citizens is fundamental and possible for the first time through the transition to decentralised, public solutions in combination with the Internet of Things (IoT) concept.

Baseline situation
The success of "Smart Cities" is based on the use of various information and communication technologies (ICT) in interaction with the society. As a result, cities can be made more efficient and sustainable across systems, and municipal benefits can be generated. In addition to the reliable supply of fresh water to the entire community, the urban water infrastructure also guarantees the environmentally tolerable disposal of accumulated wastewater and the safe discharge of rainwater runoff. Although real-time controlling can be found in approaches, water supply and urban drainage systems are considered separately. Additionally, a separation of control options of the whole system exists also between end consumers and infrastructure operators.

Implementation and testing
The project consortium is using a two-stage approach for the implementation and testing of a “smart water city”. In the first step, the existing show- and experimental room “Smart Campus” at the University of Innsbruck is extended to determine the impacts of integrative and cross-system applications. The “Smart Campus“ functions as idealised experimental and demonstration object to show and to experience actors of the urban water cycle the functions, potentials and applications of a smart water city. In the second step, an intelligent water supply system is tested and examined in a less idealized urban tested. By using the Eco Plus Park Wiener Neudorf, the potential of an intelligent water supply system is determined under real conditions.

Innovation
The realization of a smart monitoring and controlling network will increase quality in supply reliability (detection of pipe bursts and leakages as well as contamination) and failure probability (controlling drainage operation in sewer systems). Because of the holistic approach, new intelligent approaches for the operation as well as new operation and maintenance models as multi-actor partnership can be realized, as for example the “smart rain barrel” concept. The “smart rain barrels” are real time controllable storage volumes for an innovative rainwater management (retention of stormwater for irrigation purposes) installed at household levels. Through interactions of a multitude of smart rain barrels in an urban area, can for example combined sewer overflows be reduced. In addition, the holistic approach allows also the determination of the negative impacts of a smart water infrastructure (e.g. devices powered over battery) whereby statements about the municipal added value can be made. 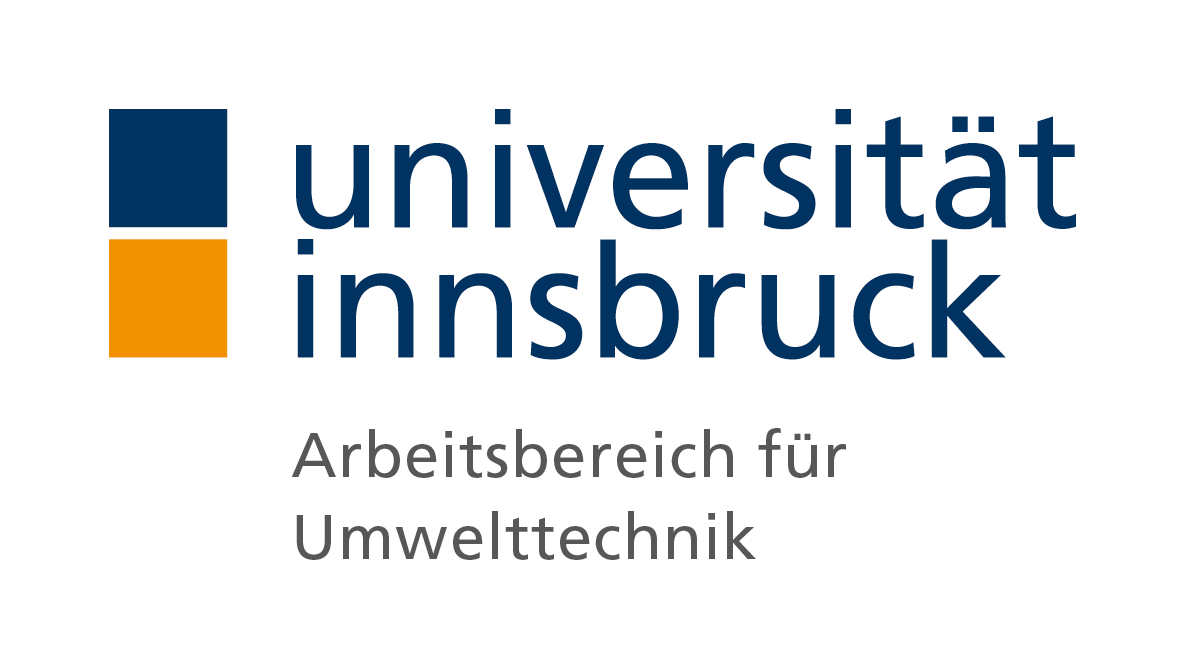 Danksagung
This project is funded by the Climate and Energy Fund and is part of the "Smart Cities Demo - Living Urban Innovation" programme (project 872123).